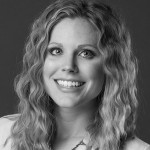 It is confirmed, friends – more people die from selfies than shark attacks. But let’s be realistic, that scary stat won’t make you think twice about flipping your camera for a quick, pouty duckface. Rules of thumb: avoid selfies behind the wheel, at extreme heights or with wild animals. Selfie eating, on the other hand, is good in our book. Which is why we are giving a nod of approval to Cinnamon Toast Crunch’s Selfie Spoon.  A brilliant blend of consumers’ food porn fascination with the human ego obsession, the selfie spoon is a clever marketing move to target Millennials who are constantly facing the dilemma between a picture of a mouthwatering meal or their face.

Let’s hear it, do you give a nod of approval for Cinnamon Toast Crunch’s Selfie Spoon? And more importantly, will you scoop & snap?