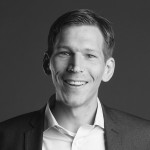 “15 minutes could save you 15 percent or more on car insurance.”

I was curious to know how much GEICO was spending to make America so unbelievably aware of who they are and what benefit they provide. According to AdAge’s “Most-advertised Brands by 2012 U.S. Measured-Media Spending,” GEICO was the fifth biggest media spender, posting a near billion dollar effort ($921 million) in 2012.

But has all that spending paid off? I turned to the GEICO section in the 2013 Berkshire Hathaway Inc. Shareholder Letter to learn what Warren Buffett, whose company owns GEICO, had to say about it:

In 1995, we purchased the half of GEICO that we didn’t already own, paying $1.4 billion more than the net tangible assets we acquired. That’s “goodwill,” and it will forever remain unchanged on our books. As GEICO’s business grows, however, so does its true economic goodwill. I believe that figure to be approaching $20 billion.

And he goes into more depth a year earlier in his 2012 letter:

GEICO led the way, continuing to gobble up market share without sacrificing underwriting discipline. Since 1995…GEICO’s share of the personal-auto market has grown from 2.5% to 9.7%. Premium volume meanwhile increased from $2.8 billion to $16.7 billion. Much more growth lies ahead.

The credit for GEICO’s extraordinary performance goes to Tony Nicely and his 27,000 associates. And to that cast, we should add our Gecko. Neither rain nor storm nor gloom of night can stop him; the little lizard just soldiers on, telling Americans how they can save big money by going to GEICO.com.

When I count my blessings, I count GEICO twice.

So, at least according to Warren Buffett, message repetition does create strong returns. 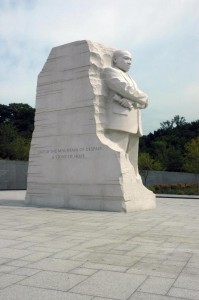 For another example of message repetition, let’s look at a small sample of messages from the most effective orator of the civil rights movement, Dr. Martin Luther King, Jr. A recent trip to his new memorial took my breath away – not only because of the peace of the sculpture and beauty of its surroundings, but because of Dr. King’s words etched into stone. There are 16 quotes in all, and this one in particular struck me:

“I was a drum major for justice, peace and righteousness.”

In the 16 quotes used in the memorial, “justice” appears in five quotes, “peace” in six, and “righteousness” in three. You should read all 16 quotes here or, better yet, visit the memorial in person.

So as communicators, what should we take away from these two examples? Here are three thoughts that come to mind:

First dig deep for purpose when developing messages. With this grounding, you’ll develop crisp messages that are easy to deliver because they’re easy to believe.

Once you have your messages, deliver them often. Repetition works.

Related Posts: What to Expect from the New Health Care Collaboration Between Amazon, Berkshire Hathaway and JPMorgan Chase Warren Buffett on Reputation – The Dude Gets It 20 Digital Facts That You Need to Know 5 in 5: free pizza, ice cream delivery, interventions, AI art, Kohl’s What It Takes to Lead: An Ode to the Leaders We Admire 5 in 5: connected counties, IKEA in cars, AR in Cosmo, lemony leaps of trust, meditation with the Colonel
X