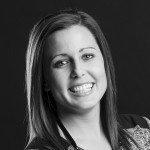 The quest for blemish-free produce is leading to an abundance of food waste. This is according to new research conducted by the Environmental Protection Agency that suggests nearly half of all fruits and vegetables are being left in the fields to rot or tossed directly in the trash after harvest.

A U.S. government tally showed nearly 60 million tons of produce, worth $160 billion, is wasted by retailers and consumers every year. The research indicated that this accounts for one third of all food produced in the U.S. Within the U.S., discarded food is the biggest single component of landfills and incinerators, according to the Environmental Protection Agency.

Unrealistic consumer expectations are driving the problem. Grocery shoppers seeking blemish-free produce have caused increased pressure on retailers who are in turn putting pressure on farmers. The research showed that some retailers are turning away truckloads of produce they feel don’t meet consumer standards. To save on the costs of harvest, some farmers are leaving produce to rot in their fields if they don’t feel retailers will accept them.

The issue seems to have a snowball effect not only on the economy and the fight against hunger, but also on climate change. Food waste accounts for about 8 percent of global climate pollution, more than India or Russia.

Some supermarket chains, including Wal-Mart, are pioneering ugly produce sections and actively campaigning to reduce such losses. If your local grocer doesn’t offer an ugly produce section, consider purchasing from local organizations, like Minneapolis’ Ugly Produce, that sell rejected produce at a deeply discounted rate.