Out with the Coke, in with the… alcoholic Coke? 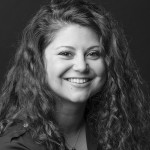 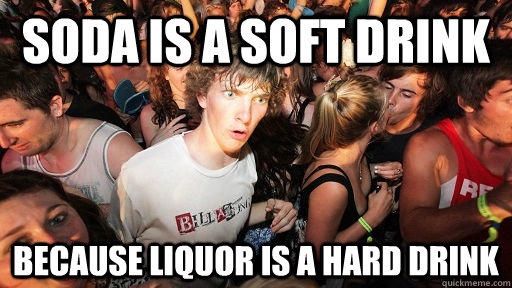 Over the past decade, Americans have forsaken the fizz in favor of bottled water. According to Packaged Facts, during the past ten years the number of adults who drank five or more glasses of carbonated soda fell by double digits, while the number of water drinkers grew by 22 percent.

It looks like America is trying to get healthy and heart disease scared everybody straight. It looks that way, until someone decided to take the effervescent goodness of soda and combine it with one of the country’s favorite pastimes: imbibing.

Hard root beer was the hit of 2015. Not Your Father’s Root Beer was one of the best selling craft beers of the year, generating more than 85 million in sales (according to IRI). Since then, the hard soda category has taken off, with breweries across the country getting in on the action. Even Seagrams wants a piece of the pie – just this week it launched its own hard soda line. And, during this year’s Super Bowl, hard soda made an appearance in a beer-dominated ad lineup.

So for a country filled with consumers who are shirking soda in favor of healthier drinks, what’s the draw? According to Men’s Journal, adding alcohol only makes soda unhealthier. Because of the sugar, hard soda clocks in at 30 grams of carbohydrates, while a plain old bottle of beer delivers only 12 grams.

Here are a few reasons:

It’s pretty safe to say the entirety of America has developed ADHD as a result of the technology at our fingertips. The world is constantly changing- a “New York minute” is the norm nowadays, even if you’re far away from the island of Manhattan.

With a crowded booze market brewing a new beer or cider every minute, the only way to get the attention of consumers going through the routine of purchasing alcohol is to disrupt the process. Hard soda does this – it’s shiny, new, and has a touch of nostalgia thrown in for the sentimental among us.

The only question is if the hard soda industry can innovate quickly enough to keep its head above water. Will it become a Mike’s Hard Lemonade, a brand now with over 30 flavors and growing sales, or Smirnoff Ice, the product we all associate with underage drinking and stealing from parents’ beer fridges?

Yes, consumers are moving away from soda for health reasons, but chances are if they plan to indulge in alcohol, they’re going to go with their taste buds. And, as seen last year, a good chunk of them really love the taste of hard soda. Whereas non-alcoholic soft drinks can be viewed as a bane to a diet’s existence because of the frequency with which they accompany everyday meals, hard soda is an indulgence not usually consumed with a side of fries and a Big Mac.

While hard soda has a similar ABV to a typical beer, the connotations differ for consumers, especially Generation X, the primary target hard soda advertisers are attempting to reach. This target audience is filled with more light to moderate drinkers who enjoy comforting, familiar flavors, according to Technomic. They’re also more likely to be suburbanites with families.

MillerCoors’ new brand, Henry’s Hard Soda released an ad during the Super Bowl featuring two sets of parents watching the game a little less rambunctiously because of a baby monitor, stressing that becoming an adult doesn’t mean losing the “fun” aspect of life. It just means doing it a bit more responsibly – and an “adult” soda is a way to do that.

Hard soda appeals to moderate drinkers – including the ones who are keeping their family soda-free for health reasons.