On a Mission: 5 Steps to Making Your Company’s Social Mission Make a Difference 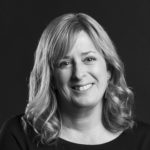 These days, it seems like everyone is on a mission. But it’s not just frustrated parents petitioning the local school board to reinstate education cuts or foodies encouraging their neighbors to join a local co-op and support locally sourced, organic produce. Companies are now getting into the mix by adding (or simply articulating) a social mission to their existing corporate responsibility and cause marketing platform.

Social mission can be loosely defined as an issue or issues the company has chosen to address as its contribution to making the world a better place. Sounds like a group of aging hippies have made their way into corporate board rooms, doesn’t it? But social missions – if authentic and well executed – can increase employee engagement and customer loyalty – both of which impact the bottom line.

With all the things that need fixing in the world today, how does a company choose its social mission? I discussed this with a client whose company is growing rapidly and likely will double its footprint and customer base over the next several years. This company has a strong culture, is focused on doing the right thing for employees and customers and aspires to one day become culturally relevant. For this company, the challenge isn’t to find an area of passion but to narrow the field from among many.

How should your company choose a social mission? Consider these “first five” tips for focusing and articulating your social mission.

Your social mission doesn’t need an immediate and direct tie to your product or service – but it should make sense to your stakeholders. Green Mountain Coffee’s commitment to brewing a better world focuses on protecting the environment and building a demand for sustainable products, a mission easily understood by anyone who knows anything about coffee production. It has inherent appeal to a subset of coffee drinkers, and few would argue that the company’s interest is only for show. In short, it makes sense.

2. Choose something you can own.

Decreasing childhood obesity is a noble mission. But let’s face it – the time for visionary leadership here was a decade ago. It’s now a crowded field. If you’re going to focus your company’s passion and commit its resources to a mission, choose one where you can lead the charge rather than join the ranks. Dove’s focus on positive body image for women of all shapes and sizes was new and unexpected when its Campaign for Real Beauty was launched. Today, Dove still is leading the way in developing tools to help parents and others facilitate discussions about looks and self-esteem.

You would expect a company that uses meat as one of the main ingredients in its products to stay far away from issues related to animal welfare. But Chipotle has introduced an element of intrigue with its Food with Integrity mission. When it comes to animals, the company is committed to sourcing animals that are “raised with respect” and are free of antibiotics and added hormones. Notice that Chipotle doesn’t tell consumers to eat less meat; that simply wouldn’t make sense. The “raised with respect” focus, however, leads consumers to want to learn more, giving Chipotle another opportunity to tell its story.

The best social mission is one that engages employees and provides opportunities for regional, national and global organizations to act locally. Coca-Cola identifies itself as a “local business on a global scale,” focusing on putting big-picture initiatives into action in local communities. This local focus is a great way to ignite and cement employee loyalty, since it gives employees an opportunity to make a difference in their own community while seeing the impact of their efforts on the big picture mission.

We’re all familiar with companies in which the CEO’s pet cause becomes the company’s mission. It’s tempting to completely dismiss this practice, but in reality, a passionate leader can sometimes be the catalyst for an engaged employee base. The trick is that the social mission must be something that the majority of stakeholders can accept. Ben & Jerry’s social mission includes “achieving peace and justice.” Now there’s a concept we can all get behind. Chick-fil-ACEO Dan Cathay’s public opposition to gay marriage? No one can doubt the conviction of his beliefs, but gay marriage is a polarizing issue; for most people, there’s no gray area to their beliefs. It’s foolish to risk alienating a sizable percentage of your employees and customers to support a company’s leader’s passion.

Which company’s social mission speaks to you? Share your ideas.

Related Posts: How Technology is Making Aging in Place Possible 10 Do’s and Don’ts of Corporate Responsibility Consumer Trends: 6 Apps and Tools to Help You Survive #BackToSchool Shopping Bridging the Gap between Healthy Trends and Healthy Products 10 Steps To Developing A Cause-Related Marketing Program Planning For Issues Small, Medium Or Large Throughout A Brand’s Lifecycle
X