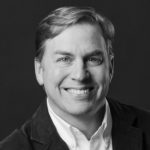 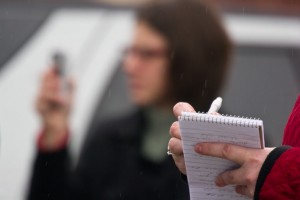 Our guest speaker, Star Tribune Editor and Senior Vice President Rene Sanchez gave attendees a peek under the hood of Minnesota’s leading news gathering operation. For several years, newspapers have wrestled mightily to reconcile their traditional revenue models with new media. About five years ago, Sanchez helped overhaul the paper’s drive train, helping guide the Star Tribune through bankruptcy and successful reemergence on the other side. Here are a couple of his key insights:

The “daily dance” across media – the Star Tribune has turbo-charged its staff and skill sets to allow it to better handle the varied new digital channels, and it’s paying off. But augmenting its print engine with video content, digital and social media has shifted the organization’s sense of news and how it’s handled in each medium. It’s not as simple as just replicating the front page of the print edition for tablet. This news “road sense” has meant meaningful growth across channels:

This is not to mention daily and Sunday-edition print circulations of 300,000 and 550,000, respectively. The folks at the Star Tribune do a good job of building out of their digital platforms, and their success with new content formulas is allowing for fresh investment in their print additions.

Distinct content – As you’d expect at a major daily, content is king at the Star Tribune. But similar to how corporate communications professionals view content development, that increasingly means looking for ways into topics they can really own. Sanchez points to their “franchise subjects,” or areas where the can really dominate, such as Minnesota pro sports-, local-business and state-capital coverage. Having the pole position on such topics has always been important, and it’s even more so now when media such as The Wall Street Journal and ESPN have the ability to dive into your market and compete at the local level.

But some things don’t change. Sanchez points that the core commitment at the heart of journalism is truly to be the most trusted source of news, 24/7, and now across any channel.