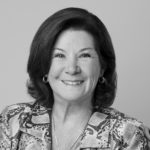 I have to admit I’m a bit of a video junkie. I married a video producer years ago and have watched as this wonderful medium has evolved to become an essential component of marketing. A picture may be worth a thousand words, but the right video is easily worth the great American novel.  Exactly how popular is online video content? Jackie Roy from Engage the Blog points out that YouTube, which is the largest (though not the only) source of video on the Internet, receives a reported 4 billion “hits” per day and over 4 billion hours of video watched each month. Jackie did the math for us; this translates to 15,000 years of video content being consumed each day. It’s tough to break out with that amount of competition, so here are three tips on creating video content that is memorable and sharable.

Showcasing your product or service within an unusual context or paring it with an unexpected partner can be amusing, provocative and sharable.  A recent example is “John Lennon Auditioning on The Voice,” a video posted just two weeks ago by brothers Jesse and Adam Blockton. In 24 hours, the video of Lennon singing “Imagine” in front of The Voice judges had close to 166,000 page views; as of July 8 it shows 1,518,464 views. While the brothers have gone on record saying they were “just trying to be funny,” John Lennon auditioning on The Voice is an unexpected and brilliant pairing. I think this video hit a nerve because pop music today is much more packaged than it used to be. With its search for the next pop, rock or country star, The Voice is certainly not the best venue to recognize unconventional talent. When Yahoo! Music picked up the story their headline said it all: “Imagine There’s No Coaches.” Talent isn’t cut and dry, it is the magical blend of creativity and a unique style. Lennon certainly had that and more. I’m just grateful he never had to audition on reality TV. 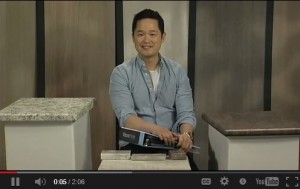 A 2012 Nielson study of 28,000 online respondents found that two thirds (66%) of consumers around the world say they prefer to buy products and services from companies that have implemented programs to give back to society. A smaller group (46%) said that they are willing to pay extra for products and services from these companies. We have successfully used this approach for our client, Wilsonart by aligning their product – high pressure decorative laminate used to create beautiful, affordable countertops – with the issue of sustainability. We hired green-living expert and eco-stylist Danny Seo as a credible voice for sustainable design. We know that the general public is unaware that laminate is a paper-based product, it is made from at least 20% post-consumer recycled content and 70% FSC certified wood fibers.  To get our “green” message out to environmentally conscious consumers, we embedded this video into a sponsored post in Apartment Therapy. The post provoked discussion and interaction with consumers who care about sustainability but still want great-looking design solutions. We are now replicating this strategy with a host of other websites visited by the growing “green” community.

Two trends, the growth of smartphones and the emergence of video-sharing formats lead to my third tip, make it mobile. Social video sharing got a lot easier this year with Facebook adding a video app to Instagram and Twitter launching the Vine app in January for the iPhone. With sources like eMarketer reporting that the number of smartphone video viewers in 2014 could hit nearly 87 million – or more than one-quarter of the US population – the opportunity to create small pieces of video content is huge.  One of the greatest opportunities is for journalists who use this new technology to communicate breaking news. A dramatic, if horrific, example was the Vine video that captured the tragic Boston Marathon bombings. Within 55 minutes of the posting of Doug Lorman’s video that captured the instant the bombs exploded, it was shared on Twitter and ultimately re-tweeted more than 40,000 times. Those who did not use Twitter texted the link to friend. While the viral spread of Lorman’s video may pose some legal issues for Vine (his video was not original footage, it was a Vine recording of an ABC affiliate’s broadcast), it made Vine a legitimate, news-making and news-sharing app. It also made thousands of people aware of Vine as a video-sharing service. These six short seconds of horrifying video, looped together to play continuously, became the image representing the attack. It was seared into our hearts and minds as a reminder that you can run, but you can’t hide, from terror.

If you follow these three tips, you’re well on your way to creating a memorable and shareable video. What’s your favorite online video, and why? Take cues from the content you find most compelling for your next online video campaign.

Related Posts: The Evolution of Visual Storytelling Food and Beverage Marketing Insights: Embrace the Journey Ad Bowl XLIX: Who Scored, Who Flopped and Who Caught Us Off Guard Is Twitter the “Social Soundtrack” of Today’s TV Shows? Super Bowl 2016: The tale of underwhelming QBs and Ad spots A Social Media Glossary
X