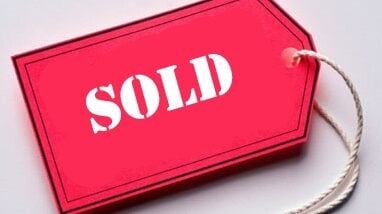 “There isn’t an independent hospital out there that is not thinking about this. At the top of the list is the question, Who should I merge with?” – Gary Ahlquist, Strategy& (from presentation by Susan Alcorn, Jarrard Phillips Cate & Hancock, at the Forum for Healthcare Strategists’ Marketing and Physician Strategies Summit)

I recently attended the Forum for Healthcare Strategists’ Marketing and Physician Strategies Summit.  The three-day Summit was jam-packed with excellent speakers and content.  A number of the sessions that I attended touched on the topic of affiliations.  It’s no wonder that it remains a hot topic at most healthcare conferences.  Susan Alcorn helped quantify the size of the issue as part of her “Branding & Communication for New Affiliations” session:

These numbers are not surprising, as independent hospitals struggle with rising costs and lower reimbursement.  What is somewhat more surprising is the incidence of failed mergers, in which a letter of intent is signed and publicly disclosed, but the transaction does not close.  Juniper Advisory Board, a financial consultancy for healthcare organizations, lists that a historical average of five percent of failed hospital mergers rose to between 25 and 50 percent last year.  According to Juniper, “It is important to prepare boards and the community for any change in hospital ownership. Mistakes in the communications process, or worse, transaction executions, are often measured in the tens or hundreds of millions of dollars.”

Lynne Field, Strategy Director at Monigle Associates, Inc. shared a number of considerations in her presentation, “Speaking with One Voice: Unifying Scripps Under a Master Brand Strategy.” She discussed the sense of loss felt by community members when “their” hospital is part of a merger or acquisition and the need to bring forward the equity in the new partnership.  It may not be as hard to generate an understanding of the benefits among consumers as you might imagine.  Field shared proprietary research conducted by Monigle that indicated that 69 percent (much more likely + somewhat more likely) of people say they are more likely to seek care from a facility, physician, or service that is part of a larger health care system.

What value do they see in being part of a larger health system?  According to Field:

These benefits are especially valuable to consider when preparing for a potential partnership.  Even prior to a merger or acquisition, community hospitals positioning themselves to be wooed by potential suitors should take steps to address their communication strategy:

2)      Develop key messages and supporting proof points that convey your value to constituencies such as patients and their families, employees, community leaders, the media, and the community, at large.

3)      Effectively leverage existing mediums and create new channels to communicate on an ongoing basis with key audiences, so that you have an open line of communication when there is important news to communicate.

4)      Educate and engage brand ambassadors who can help carry your message to fellow employees, family, and friends.

5)      Foster relationships with local health reporters to ensure that they have a good understanding of your organization.

When it comes to affiliating with larger health systems, it seems that it’s less of a matter of “if” than “when” for most independent hospitals.  However, preparing for the inevitable helps to ensure the best outcome and may even influence interest by the most favorable suitors.