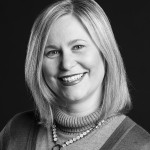 Let me start by saying that when I drink soda, I often choose Dr. Pepper –I like the taste. However, like many others, I was horrified by the launch of Dr. Pepper 10, a drink they promoted as “not for women.” 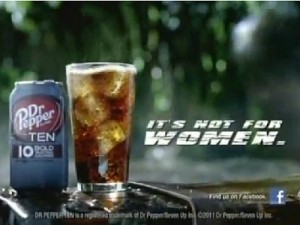 According to USA Today, the drink resulted from the company’s research, which found that “men shy away from diet drinks that aren’t perceived as ‘manly’ enough.” Jim Trebilcock, executive vice president for marketing at Dr. Pepper said that when market-tested, women “got the joke,” and he believes  the ambivalence about whether the beverage is for men or women is a way to engage people in conversation about the product. Really?? I think Mr. Trebilock may be drinking too much Dr. Kool-Aid.

Dr. Pepper isn’t lacking company, with Bic’s campaign failure of Bic for Her. Ellen DeGeneres couldn’t pass up the opportunity to mock the “pens designed just for women” advertising campaign turned PR nightmare on her show, but one can hardly blame her.

So how did both of these retail giants get it wrong, and what can healthcare marketers learn from their mistakes?

1. Research is a tool, not a mandate. Any advertising or marketing campaign should be rooted in research –most marketers would agree. However, just because your research may reveal differences between men and women when it comes to engaging with your brand, doesn’t mean you should develop a niche marketing campaign. Even if you decide to segment your audience, at the end of the day, your ultimate goal is to strengthen reputation and build brand loyalty. Even if your marketing idea is brilliant, if it risks damaging your overall brand, it’s probably not the right campaign.

In healthcare, there is plenty of reason to develop campaigns that target women. From differences in anatomy to differences in the way symptoms present for certain diseases, to data that supports women as the healthcare decision-makers, there is a need to market specifically to women. However, in healthcare, we have long neglected men under 65, despite the research that men are less likely to engage with us. In this new era of healthcare, when the goal is to have healthier communities and keep people out of the hospital, the risk of neglecting 50% of your potential patient population probably isn’t prudent. As you reflect on how to engage the men in your market, keep in mind – giving blue pens to men or suggesting that healthcare isn’t just for women anymore, probably isn’t the best solution.

2. Maslow’s hierarchy is always a good starting point. It’s worth noting that Maslow didn’t create a separate hierarchy for men and women –he created one hierarchy based on human nature. Sometimes it makes more sense to market to the basic needs of people, rather than attempt to appeal to one group over another.  The goal is to differentiate your product, not necessarily your audience along with it. Dr. Pepper tried to convince its audience that an asexual soda was manly. And while numerous pen manufacturers sell a variety of colors beyond the traditional blue and black, Bic chose to call out pink and purple as synonymous with female pen users. Both attempted to force relevance rather than create it.

In healthcare, the era of reform is causing hospitals to shift from the business of sick care to the promise of well care. It’s not about marketing pink mammograms to women and prostate screenings for “real men.” It’s about engaging men and women in their health. And while there’s nothing wrong with these campaigns, sometimes it pays to leave the stereotypes on the editing room floor, like Colorado Plains Medical Center did with its Monday Night Mammo program. Other systems have approached Monday Night Mammos differently, making it more of a girls happy hour, complete with mocktails, and that’s okay too. The point is to engage people in their health by creating a social environment that celebrates wellness rather than focusing on illness –that’s the basic need.

3. Right ad, right place, right time. The ad is one part of the equation, but the media buy is another significant factor to consider in developing a successful advertising campaign. For example, I’d love to see Dr. Pepper and Bic ads capture some of the ESPN advertising space currently monopolized by Viagra. Both women and men watch sports, and both Dr. Pepper and Bic are unisex products. I’m not dismissing the fact that ESPN has a large male viewership; I’m simply suggesting that men drink soda and use pens as much as women do. So, Dr. Pepper could have achieved greater ROI by skipping the intentional gender-bias and buying more air time on male-dominated channels, if their goal was to build loyalty among men.  Similarly, Bic could have marketed sports team colored pen packs, making the ESPN audience an ideal avenue for targeting both men and women. Can you imagine how many men who are fanatic Ravens or Vikings fans would now be using purple pens?

In healthcare, we have historically been selling what people don’t even want to think about, much less buy –sick care. As the pendulum swings toward a more wellness-based approach, hospitals need to rethink not only their messages and marketing but where they invest their advertising dollars. And with the continued rise in the use of mobile devices and social media, along with the increasing number of players in the wellness space, there are many new advertising options to consider. It’s probably time to give your media buying strategy a wellness check.

On that note, I have one last shameless piece of advice for Mr. Trebilcock and the Dr. Pepper team: Consider a CSR platform where you contribute part of your marketing budget to wellness campaigns for hospitals. I’m sure you’ll have some eager “takers” among the nation’s health systems. After all, you are the only soft drink with “Doctor” in your name.

What other lessons do you think PR pros could learn from Dr. Pepper and Bic? Share your comments below.

Related Posts: Out with the Coke, in with the… alcoholic Coke? You are Misperceived By Most People, Unless You Are Attractive, a Woman and Happy Not Your Father’s Root Beer – Growth Strategies for Small Brands It IS What You Say, AND How You Say It: Four Tips for Providers Communicating With Male Patients David v. Goliath: How Water Beat Big Soda Malternatives – Marketing Lessons from Alcohol Segmentation
X