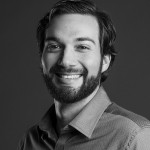 Heavy metal imagery has been ripped off by pop culture and high fashion for years. The spikes and studs normally associated with this dark and anti-mainstream culture are now adorned on high heels and are found throughout women’s fashion. Even Chris Brown and Kanye have been spotted with sporting some metal fashion. You can even pick up a Judas Priest inspired t-shirt at The Gap (which they are getting sued for) and Urban Outfitters will sell you a “vintage” Megadeth leather jacket for $375.

Taking this a step further, the newest player to this trend has been H&M as they recently released a product line full of fake metal bands utilizing entirely imaginary band names and logos. 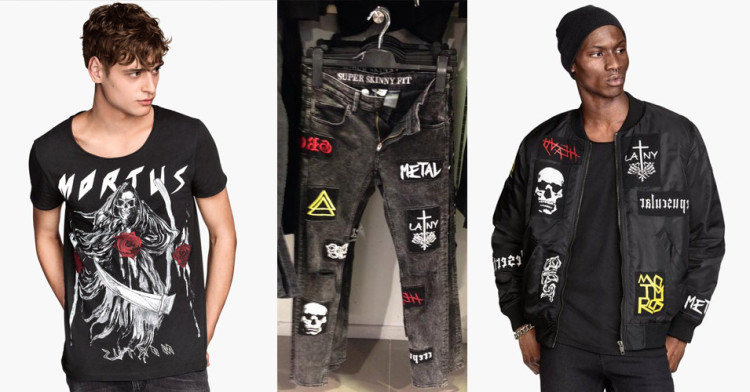 In conjunction with the clothing, music, videos, promotional materials and social profiles for all of these fake bands erupted over night. Strong Scene Productions claimed ties to all of H&M’s bands in an effort to help spotlight the new clothing line.

At this point, heads were spinning and the metal blogs were on fire as it appeared H&M was behind the deep guerrilla marketing of these assets in an effort to promote their clothing line.

As the metal world raged on, the truth came out that this was just an elaborate hoax facilitated by Henri Sorvali of Finnish metal bands Moonsorrow and Finntroll. He and other unknown members “Strong Scene Productions” launched this battery of media as they were angry with H&M’s campaign as it was “selling people fake, imaginary stuff from a subculture that is based on honesty and being true.”

There is so much controversial stuff which is definitely not suitable for mass marketing, and we wanted to bring the ugly side of metal to their campaign, to show that we as metalheads are more aware of the content you are selling people that you are as sellers.

There are so many things wrong with commercializing metal without knowing what they are selling that we felt that somebody has to make a statement about it.

What does this really mean for H&M’s brand?

H&M received a ton of publicity behind this. The Guardian, Billboard, Noisey, BuzzFeed and a variety of other outlets have covered this story.

However, is it the publicity that a brand wants? When you’re getting called out for exploitation and commercialization of a subculture how does that really portray and influence a brand’s reputation?

The art and back stories created by Henri and others goes deep into the metal world and isn’t really fitting for an international retailer such as H&M. From death, murder, anti-Christianity and National Socialism, all of the music and materials that Henri and company created for these fake bands dance on the fringe of what would be acceptable by mainstream culture. If this had gotten any bigger or turned in a different direction the repercussions for H&M could’ve been insurmountable.

This is all amazing to me. The fact that H&M would make up fake bands to sell merchandise blows my mind. Then, they get called out by some of the most dedicated music fans in the world.