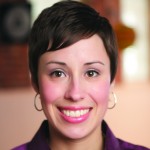 If not, you’re already behind. At least that’s what I heard at a recent Richmond Ad Club lecture on the state of the mobile industry, given by Jeff Rock (co-found of Mobelux). If you aren’t marketing to your audience via smartphones, here is a refresher on why you should.

The Times, They Are A Changin’

Yes, you’re seeing that correctly. That’s Zack Morris from “Saved By the Bell” talking on his ridiculously giant 1990s cell phone + an early desktop computer = the Blackberry 8300 Curve (released in 2001). Prior to life as we now know it, with touch screen smart phones, early mobile devices consisted of a tiny screen and a miniature computer-like keyboard.

Then in 2007 (just six years ago!!), Apple decided to flip the script and introduce the iPhone. This early device consisted of a touch screen interface, WiFi, 2 Megapixel digital camera and apps. The way we communicate with each other would forever be altered. According to Interbrand, Apple has surpassed Google, Coca-Cola and McDonald’s as the #1 Best Global Brand in 2013, and with good reason:

No, this isn’t an ad for Apple. It just leads the way. According to Net Applications September 2013 market share data, iOS devices declined slightly as Android devices saw a growth. So what does this mean for you?

According to Jeff, 45 percent of people use the Internet when they are out and about, especially when searching for things as they go about their daily routines (a new restaurant, a doggie daycare, a movie review, a product price comparison, etc.). He also added that 50 percent of all local searches happen on a mobile device, and by the end of 2013, mobile Internet usage will surpass desktop Internet usage.

If you currently have a website as part of multiplatform marketing plan that isn’t mobile friendly, than you are excluding the 60 percent of Americans who own mobile devices and the 45 percent that use their devices to surf the web for pertinent information. The power of marketing and advertising in 2013 and beyond is creating mobile friendly websites with mobile friendly content. The time is now, now now!

At PadillaCRT, we have created several successful web campaigns, using Responsive Design. By building sites on this flexible foundation, a website can now adapt to the type of device a user is browsing on, be it a desktop, an iPad or a smart phone. This allows all web users to gain the same rich, online experience and also have the freedom to choose which device they navigate through.

Here’s a responsive website project that we recently launched for Prosciutto di Parma’s 50th Anniversary. The ParmaCrown.com website celebrates the brand by offering consumers and professionals a look at its European origins and curing process, as well as delicious recipes and information on where to purchase the product.

If I haven’t convinced you yet as to why you need to have a mobile friendly website, here’s some suggested reading:

Related Posts: Is BlackBerry Ready to Lure Back Business Users? Call them April Babies, Cause they Fools How Social Media Has Changed How We Experience a Disaster Mobile Marketing Tips To Reach The Modern Physician 20 Digital Facts That You Need to Know Google Search is switching to a mobile-first index.
X