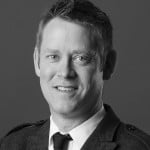 I’m from Generation X. I came of age when Nirvana and Pearl Jam were in their primes, when grunge-inspired fashioned reigned supreme and everyone in my demographic was slapped with the slacker, disenfranchised stereotype. But we eventually grew up, cut our long hair (myself included), launched respectable careers, started families and generally became productive, grounded members of society—leaving that Gen X stigma long in the past. Or so I thought.

And the notion that my “peeps” had turned out okay came into question. In full disclosure, I assisted with communicating these findings—which came from Generations ApartSM —a new Allianz Life study on how Generation X and baby boomers are facing their financial future. But I’d be lying to say that I wasn’t alarmed by the implications.

It seems that living with debt has become a way of life for Gen X as the stigma of owing money—lots of it—is gradually disappearing. Consider this, nearly half (48 percent) of Gen Xers agree that credit cards now function as a survival tool and 43 percent agree that “lots of smart, hardworking people who are careful with spending also have a lot of credit card debt.”

Moreover, this growing comfort with debt may be having a greater effect on the retirement plans of Gen X. Twice as many Gen Xers (27% versus 11% of the older baby boomer generation) say they are either unsure about when they plan to retire or don’t plan to retire at all.

Katie Libbe, Allianz Life Vice President of Consumer Insights, put the trend in perspective, “over the last three decades, there has been a collective shift in how people view debt – it’s now perceived as a normal part of one’s financial experience and that has fundamentally altered the way people spend and save.”

In aggregate, this doesn’t bode well for my flannel-coveting generation, right?

Not necessarily, Libbe says. She acknowledges that many Gen Xers are facing an uphill battle when it comes to saving for retirement. But the good news is there is still time for them to change their bad debt habits. And that can be done by taking a few simple steps like regularly tracking spending and avoiding any new debt. Starting there, burdened Gen Xers can take a significant step toward building a more successful financial future.