Five Reasons Harry and Hermione Would Have Never Worked 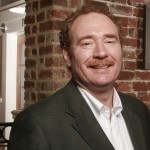 Without question, the “Harry Potter” franchise has become one of the biggest pop culture phenonoma of all time and a marketer’s dream.

An interview of “Harry Potter” creator J.K. Rowland  (conducted by none other than Hermione Granger actress Emma Watson) due to appear this Thursday in the entertainment magazine, “Wonderland” reveals that Rowland now wishes she had married off Hermione to Harry instead of sidekick Ron Weasley. Britain’s Sunday Times published excerpts of the interview in a front-page story, “JK admits Hermione should have wed Harry.”

Potter fans are aghast. While the “Colbert Report’s” February 3 show panned that “…you didn’t need a Sorting Hat to figure that one out,” I wonder if a Potter-Granger union could have really worked.

Here are five reasons why I think not:

Moreover, the books have been written and read, the movies made and seen. Ron married Hermione and Harry married Ron’s sister Ginny. What a mess that would be to undo and divvy back up!