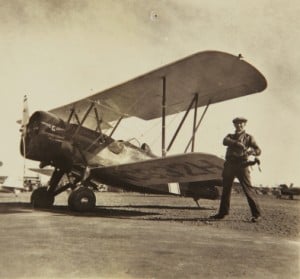 The question of whether or not personal electronic devices (PEDs) threaten planes is a deeply controversial debate with many perspectives. From a general public perspective, their usage is of concern regarding general safety during airline travel. From the FAAs perspective, usage of PEDs also not only could affect general air travel safety, but also interfere with communication between ground facilities and pilots’ navigational abilities. From the scientific community’s perspective, their usage generating electromagnetic fields and radio transmissions could have bearing on radio equipment used for flying planes. From the FCCs perspective, usage of PEDs create a potential for interference with communication infrastructure such as cell phone towers not designed for experiencing signals from PEDs at flight altitudes and speeds.

PEDs potentially used on planes generally fall into two categories, first, ones that emit little or no levels of radio signals such as portable DVD players and even devices with consumer-grade WiFi antennae, and, second, devices such as cellphones that are designed to emit radio signals strong enough to communicate with remote transceivers like cell phone towers. Of the two categories, the long-range devices have more potential for interference with on-board flight equipment, especially sensitive navigational instruments that use technology such as GPS.

In spite of theoretical threats to aircraft equipment through these devices, no conclusive report has proved a positive correlation between PED use and aircraft equipment malfunction. On the other hand, throughout aviation history, there have been incidental reports of PED interference. In the interest of public safety, the FAA has prohibited the use of PEDs during commercial flights starting in 1966 when the agency introduced a ban on portable radio receiver usage. This ban currently is at the aircraft’s operator’s discretion during cruising altitude except for the second category of PEDs that transmit long-range radio signals.

Since PEDs and their usage have become prevalent in the last few years, the FAA recently published plans to revisit the current ban on PEDs. The plans call for a consortium of aviation industry stakeholders and consumer electronics experts to provide comments on the current rules in place. Through this information sharing process, the FAA is hoping to gain information on potential interactions between PEDs and electronic equipment in aircraft. Ultimately, the FAA’s goal is to determine definitive standards that can govern usage of the current generation of PEDs as well as additional protection and shielding to aircraft electronics.

Investigations such as the FAA’s request for comments is a vital step in sustaining safety for  aircraft, not only through governing safe levels of PED usage on planes, but also for improving the quality of aircraft electronics. If consumer-grade electronics has any potential to interfere with equipment, maliciously-designed equipment has even more potential. In December of 2011, an unmanned stealth RQ-170 drone operated by the CIA landed across the border of Iran and was captured by Iranian authorities. Details of the situation are unclear, but the Iran government claimed that it conducted a complex hack of the CIA mission control center and spoofed the heavily-encrypted GPS signal the drone used to navigate back to base in the event of a manual control breach. While Iran’s full claim to an elaborate circumvention of military technology with many failsafes is debatable, the danger to a commercial aircraft without military-grade failsafes is evident. Subversive organizations could take advantage of vulnerabilities to commercial aircraft that rely heavily on electronic equipment to fly safely. With a modified PED that is conveniently-portable and innocuous-looking to security, a terrorist could board a plane and spoof the onboard GPS signal of the navigation equipment to the terrorist’s own ends.

The FAA’s inquiry into PED safety is, thusly, vital to public safety. The investigation hopefully will include improvements to airline equipment to prevent more high-profile disasters caused by individuals engaged in guerilla cyber-warfare. Following a hypothetical tragedy, the zealous Transportation Security Administration may extend their passenger security guidelines to include policies regarding PEDs.

With the current state of passenger security guidelines and their inconvenience to passengers, who would want an alarmist, sweeping ban of all PEDs on planes?