‘Daddy, you love your phone more than me.’ 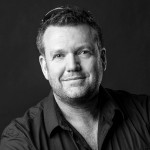 A father’s wake-up call to make real connections in a tech-obsessed world. 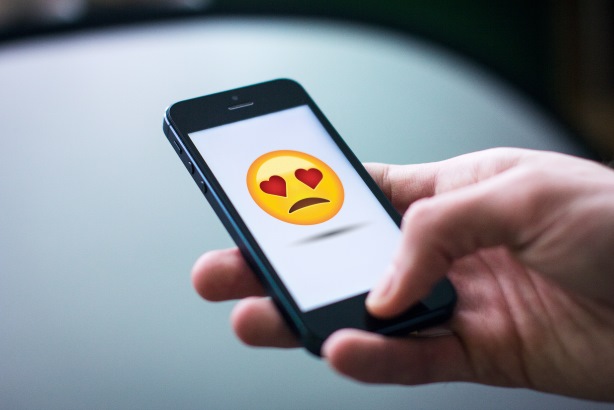 What a terrible thing to hear from your 8-year-old. It was as if the apple of my eye had been replaced by another, well let’s be honest, Apple.

I’d been called out, and I was completely aghast. I have always been an advocate for the adoption of new technology. However, over time, what was less obvious to me, was how all this technology had stealthily slipped its brilliance into other aspects of my life and began to have a significant influence on how I existed in real life.

And I was not alone. Like many, technology had enabled a world where I was so much closer to everything and everyone. I could fill every moment of silence with a snippet, post, or update from apps, news services, and friends anywhere in the world. I was a click away from anything 24/7, ubiquitously connected to the planet; but was I really actually connected?

Since 1992, I had been an advocate for the ever-mounting virtual tsunami of technology as a communications platform. The level of investment and invention happening was astounding. And we were all so enamored by what technology was delivering that some innately human needs were silently falling to the wayside.

One afternoon, with the reverberations of my daughter’s emotional right hook still smarting, I was doing some research and revisited one of the world’s brilliant advertising campaigns, one that was much more than a piece of marketing genius. British Telecom’s It’s Good to Talk campaign was a piece of work that rang so true to its audience, it resulted in an incremental five billion pounds sterling in revenue over its five year life span. It’s Good to Talk was a superb idea, founded in truth and elegantly delivered – born of an incredible, deep, and impactful insight that wasn’t just a marketing strategy to improve sales, it was a paradigm shifting insight into why British Telecom existed. It was in the business of “Reciprocated Confidences” and facilitating a human exchange between two people enabling a true connection. When people establish a deeper dialogue, it helps a more meaningful relationship form. OMG! What could be more simple, powerful and honest for a brand to own than that?

Since I was a pup in shorts, I have believed in the power of conversation and storytelling. And then a few years on, while watching a lecture by Sherry Turkle, Abby Rockefeller Mauzé Professor of the Social Studies of Science and Technology at MIT, the penny, or dare I say the ‘bitcoin,’ dropped.

Turkle was discussing what she calls our “flight from conversation.” She believes, in the digital age, our relationships, creativity, and productivity are seriously challenged by a lack of face-to-face conversation. Every one of us knows this to be true. Turkle has suggested the state of being “together alone” puts us at risk of living emotionally insular existences where we not only lose the ability to establish meaningful relationships, but lose the ability to be comfortable alone and develop a solid sense of self.

Technology has become a kind of social pacifier to fill the empty moments. A simple example of this can be witnessed when people are out to dinner with a friend. When their guest heads to the bathroom, how many of those left alone at the dinner table scramble for their smartphones? Next time you’re out to dinner, take a look around.

If all this social turmoil is transpiring at a personal level, how, as a brand, do we connect with our audience? If I can’t make an emotional connection, there is no meaningful connection.

In 2013, Forrester Research is credited with reporting that 89% of the respondents questioned felt no personal connection to the brands they buy. This would suggest that if our role as communicators is to establish connective tissue between brands and consumers, we’ve never been worse at what we do.

Perhaps the big lesson for us today is still exemplified by that transformational British Telecom insight. Brands need to actively question what they do and why they do it, and deconstruct (or construct) their purpose to be sure it’s founded on a truth.

Perhaps, we’re so obsessed with measurement and big data that we’ve forgotten the undeniable power of soft data. Purpose lives at the root of soft data and, unless you know how to start a dialogue and get to a place of mutualism, it’s unlikely you’ll create a meaningful connection.

Without a real connection, it’s nearly impossible to build trust. And according to McKinsey & Company, a recommendation from a trusted friend conveying a relevant message is up to 50 times more likely to trigger a purchase. If you’re not trusted by your audience, if you haven’t built a bridge between your brand’s purpose and its market, you may well be wasting your breath.

Recent history has found us gagging for data. We measure, calculate, report, and react because we can. We are, it would seem, at an important juncture. It’s as if we are using technology to fill in the gaps, because we are uncomfortable with the white space. It makes us feel like we are missing something. Maybe, we are missing the opportunity to discover what really makes people tick. I feel that, in our haste to deliver messages, we are missing the mark, and that mark is the heart. All too often, we focus on rational reasons why people should believe in our brand, without asking why they would.

It takes time to extract powerful insights, just as it takes time to build and maintain a relationship. Because it doesn’t stop. We can no longer set it and forget it. Successful brands need to consistently listen, earn, and evolve, harnessing the power of their emotional intelligence and work hard to maintain a healthy relationship with their audience. This isn’t anything particularly earth-shattering, but sometimes, the wake-up call can be jarring. After all, none of us want people to love their phones more than they love our brand.

This article originally appeared in PRWeek on June 6, 2016.

Related Posts: Customer Obsession: The Name of the Game Marketing to the Modern Day Dad The Jobs Doctrine It’s Been a Tough Summer for Jessica Alba and The Honest Company… How to Make Your Product A Big Deal: Lessons from the Apple Watch Focus Your Post-Pandemic Evolution with Familiar Strategy Tools
X