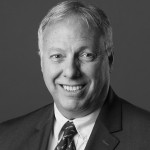 Recently, in a room full of senior financial executives, our own Bob McNaney distilled crisis management down into the three essentials you need to know to manage your way through a tough situation. With a mixture of personal stories from his time as an investigative television reporter and some recent high-profile crisis examples, Bob had executives from the Minneapolis chapter of Financial Executives International (FEI) sitting on the edges of their seats.

First, Bob took us through examples of bad things that can happen to companies. He cited operational examples of workplace violence and accidents, product recalls, data breaches, plant fires and explosions. He also spoke about corporate issues such as layoffs, office closings, foreign corrupt practices and management turnover. While we hope stuff like this never happens, he was quick to remind us that hoping for the best – but planning for the worst – is essential so that you don’t get caught flat-footed. In a recent study of company executives, while 89 percent of the respondents said a crisis is inevitable, 50 percent admitted to not having a plan in place. Bob’s message was simple – be prepared for when “when” happens.

A crisis is no time to make a friend.

Next, he pointed out that if the first time you are meeting the first responders or any other constituency that helps to handle the situation is in the middle of the crisis – it’s already too late! These are connections that need to be established way ahead of the crisis and in a less stressful environment. These groups can be powerful advocates for you in the midst of the crisis. How many times have we seen the local fire or police chief defuse a situation in the media with a company spokesperson never being interviewed? They are the experts and many times the final word. Develop those relationships, and let them be your spokespersons when possible.

Always walk toward the crisis, not away.

Third, Bob highlighted what he believes to be the most critical tenet of crisis management – always walk toward the situation. How many times have we seen companies or individuals involved in a crisis situation “running for the cover of darkness,” hoping that it will go unnoticed? We don’t hear anything from them for weeks, and then we see some “staged” press conference where they apologize for being caught, but not for what they did? In contrast, Bob gives an example of how walking toward a crisis will help mitigate its impact. News of David Letterman’s affairs with several interns surfaced and, within hours, he used the first 10 minutes of his show to apologize for his behavior and vow that it would never happen again. After we heard him say “I’m terribly sorry…” right in our living rooms, the situation was rarely discussed again.

I think it was Paul Romer, the noted economist and entrepreneur, who originally coined the expression, “A good crisis is a terrible thing to waste.”  We also heard that sentiment reiterated by Rahm Emanuel in 2008, while chief of staff in the first Obama administration. While both Romer and Emanuel were using this quote to talk about our economic perils, I believe this notion has a lot of applicability in all crisis situations. When the crisis hits, we can either spend our time wishing it did not happen or, through targeted and comprehensive messaging, we can try to use this as an opportunity to enhance our company’s brand and reputation.

Related Posts: Crisis Recovery Q&A with Bob McNaney: How to bounce back from a crisis – stronger than ever It’s Not About You – Effective Storytelling Tips from Former Journalists Reputation Rx: How to Come Back Stronger After a Crisis 5 Simple Rules to Handle the Ambush Media Interview Pitching and the Newsroom: An Inside Perspective Manage the Media
X