Consumers are tired of the nutrition science yo-yo 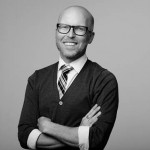 Let’s be clear. I am not giving up bacon. Why would I eliminate such crispy, crumbly, savory goodness from my diet? And I’m not alone in my defiance.

If you’ve been in a coma (or an Empire binge-watching marathon) this week, then let me quickly catch you up on a new study that instantly achieved global attention in both traditional and social media. On Monday, October 26th, the World Health Organization’s International Agency for Research on Cancer declared red meat to be “probably carcinogenic to humans” and processed meat to be most definitely “carcinogenic to humans.” The story was covered from the U.S. and Europe to Asia and Australia with the most creative (and inflammatory) headlines. My personal favorite might be: “If bacon causes cancer, what does it mean for meat lovers who want to live?”

But this is where it gets interesting. While the media, beef industry, academics and dubious “experts” defended, attacked and clarified the findings—basically to one another, consumers generally heaved a collective sigh of “here we go again.” Our expert social media team analyzed the online conversation among consumers from around the world and concluded this: The public is jokingly disappointed. Please don’t misunderstand—we don’t think there’s anything funny about cancer. But rather, it’s another example, of yet another study, that conflicts with what people have long believed. Feel free to download this short report and contact [email protected] for more information or questions.

Every day, consumers are bombarded with nutrition messages, often times conflicting and down-right contradictory. It’s no wonder that they’re blasé, even joke about them. This growing cynicism, however, poses real challenges to organizations that want to educate consumers in a meaningful way. That is, give the science context and perspective. We’re not talking about manipulating the public or sensationalizing results—we have far more integrity than that.

One strategy we successfully use is influencer marketing. Engage credible and recognized authorities who people trust. I’m intentionally vague with the word authorities because they change for people, depending on the issue or topic. This approach works because unpaid influencers evaluate the evidence and make an independent decision to support it. Remember, these folks have their own reputations to consider and will not jeopardize it for something they don’t believe. If you’d like to talk more about our influencer marketing work, reach-out to my email or Twitter.

I want to make one final point on this topic of what seems to be schizophrenic science. It’s not because the scientific community is incompetent, but rather the evolutionary nature of science itself: we’re continuously learning more. While science is evidence-based, it’s not static or concrete. We all need to have a greater appreciation for this point, consumers and media alike, and take tomorrow’s health news in stride.