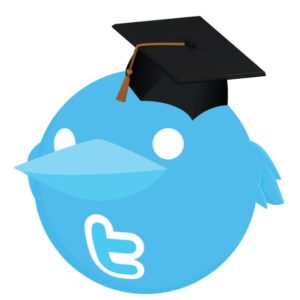 Most colleges use Twitter as an image-polishing tool, and that’s not fully capitalizing on the platform’s value, say researchers who analyzed the Twitter accounts of more than 2,400 U.S. higher education institutions.

The researchers don’t disagree with the approach. It’s what they don’t see on Twitter that presents an opportunity.

George Veletsianos, Canada research chair in innovative learning and technology at Royal Roads University and a co-author on the Twitter study, tells Times Higher Education “more effective use of social media might involve using hashtags to connect alumni and students, sharing practical knowledge with communities that might benefit from the research conducted at the university, and providing educational opportunities to the thousands of followers that subscribe to institutional Twitter feeds.”

Makes sense to me. Institutional Twitter accounts will always have a critical brand reinforcement and information broadcast role. But colleges can certainly explore ways to better tap its connection and community-building potential. Social media magic happens when it’s used to talk with people, not at them, and positive interactions can create invaluable links for colleges to both individuals and communities.

See any colleges taking their Twitter accounts beyond branding and broadcasting? Let us know in the comments.