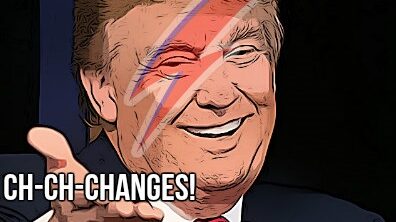 As General Eric Shinseki once said, “If you don’t like change, you’re going to like irrelevance even less.” If there was one theme at this week’s Healthcare Marketing and Physician Strategies Summit in Austin, TX, it was that we, as health care communicators, need to stay ahead of the changing landscape. We heard references to Blockbuster and other companies that have gone the way of the dinosaur because they didn’t get ahead of change.

And, the times they are a changin’ (there are a LOT of songs about change).

the so-called “zombie bill” that died and came back, to replace aspects of the existing Affordable Care Act (ACA or “Obamacare”). I attended several sessions focused on the topic, with some key takeaways:

Other sessions focused on increasing consumerism in health care and the changing landscape across industries. Some snackable bites from the conference:

As always, we appreciated the opportunity to connect with colleagues and discuss emerging trends and changes at the Healthcare Marketing and Physician Strategies Summit. Some of these changes are welcome and others will pose significant challenges, particularly for those who aren’t prepared. As JFK once said, “Change is the law of life. And those who look only to the past or present are certain to miss the future.” (There are a LOT of quotes about change too.)