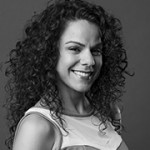 Brazil possesses a unique style that effortlessly excites all the senses. We see it in the graceful footwork of Brazilian soccer players shimmying around in bright uniforms. We hear it in the jazzy sounds of Bossa Nova. We feel it as we watch Samba dancers in their exotic costumes. We smell it in the flame-broiled churrasco and chimichurri slowly cooking inside cast-iron skillets. With all of that excitement and flavor, it’s no mystery that Brazil’s staple alcoholic beverage, cachaça, holds that same elegant yet unpretentious fashion and charm. That is what you taste when you sip cachaça, pronounced ka-SHAH-sa, a product of denomination that is typically exclusive of Brazil.

Many call it the Brazilian rum, but that’s pretty far from true. In spite of having a similar “DNA”, rum and cachaça are produced with great differences in method, origins, and flavors. Yes, they’re both derived from sugarcane but the cachaça of Brazil and rum of the Caribbean are not the same spirit.

Cachaça is a spirit distilled from fermented sugarcane juice, where sugar may be added only up to six grams per liter. It must be distilled between 38% and 48% ABV.  For the U.S. markets, cachaças enter in at greater than 40%.

In the other hand, rum can be essentially made anywhere.  It’s usually made from molasses (cooked sugarcane juice), a by-product from refineries that boil the cane juice to extract as much sugar crystal as possible. It also has a higher ABV that reach far beyond the limits of cachaça, like the Navy Rums, that have at least 56 ABV.

Cachaça also has a lengthier history than its sugarcane sister. It’s actually considered to be older than rum, as it traces back to the 1500’s. The native spirit with origins in The Amazon began production during Portuguese colonialism. The name is derived from the word cagaça, a kind of sour ‘beer’ made from fermented cane juice, which was first brewed by African slaves brought to work on Brazil’s plantations. What provides this spirit with its color is its contact with wood in storage.

Over the last decade, cachaça started to finally gain some traction here in the U.S. and other countries. In 2013, there was a campaign called “Legalize Cachaca” which led to an agreement with the TTB . It designated cachaça as a distinctive product of Brazil in the U.S. In turn, Brazil recognized bourbon and Tennessee whiskey as distinctive products of the United States. Thanks to Brazil’s ubiquitous nature,  it is now touted as the 3rd largest spirits category in the world, based upon consumption.

This summer is the perfect time to learn more about cachaça, which can be found pretty much everywhere due to the summer heat waves and the Rio Olympic Games. In fact, high-end and headlining cachaça producer, Novo Fogo has released four new Single-Barrel expressions. Novo Fogo is an award-winning small-batch Brazilian cachaça produced at a zero-waste distillery outside the Atlantic Rainforest in the southern state of Paraná. The distillery uses its own estate-grown organic sugarcane, creating a cachaça that is USDA certified organic. Axinte’s Novo Fogo and other brands are really striving to bridge that gap between cachaça’s heritage and history, and blend it with today’s modern tastes. They feel it is perfect time to tell that romantic story, and to build upon that base which includes 5,000 predominately small, local farm producers instead of passing the props over to the entire industry that pays little to no respect to the spirit’s TRUE roots and traditions.

Bacardi-owned Leblon Cachaça has chosen to raise awareness and give to charity with the three-month international #LEBLONRoadTriptoRio initiative across the United States, Europe and Brazil. This project’s aim is to raise money for the Developing Minds Foundation, which builds schools and supports education in areas afflicted by poverty and violence.

For continued education on the spirit itself, Felipe Jannuzzi created Mapa da Cachaça, a project which travelled throughout Brazil to visit the many distilleries. The site highlights everything about cachaca, along with the main differences in the sugarcanes, the production process, the ageing process, and the volumes of alcohol. It’s really a great learning resource!

But, one of the best lessons on cachaça comes from tasting. Buy a bottle at your local liquor store and host your own taste session, or go to a local bar that’s showing the games and ask the bartender to create a cachaça speciality that represents your taste preferences and personality. Below are a few really cool and clever ways to raise your cachaça game for the remainder of the summer.

Related Posts: Rumming Around for Summer – Top Reasons to Mix up a Rum Cocktail Immediately Food Values in South America Five lessons I learned at the Manhattan Cocktail Classic Is Cannabis the most versatile ingredient ever discovered? Top chefs explain why they’re high on the green. Lessons from the Biggest Brands in the Booze Business – Blue Chip Brands 2016 Booze Trends: What we love, hate and can’t wait to start
X