We’ll make this quick today so as not to impede the weekend’s arrival by even a second. 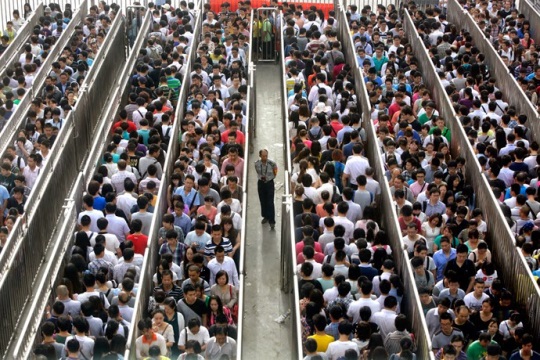 You saw the story this week about the young man who determined he could save the federal government hundreds of millions of dollars annually? Simply by changing the font used?

Suvir Mirchandani calculated the cost of ink and printing for his local school system just outside Pittsburgh for a science fair project. According to reports, he determined it could save $21,000 annually by switching from its Times New Roman font to Garamond, which has narrower strokes.

Running the numbers for the federal government, the savings totaled nearly $400 million.

In six words, what changes might you recommend to your family, to your company, or to your local, state or federal government to save some dough?

Put your six-word money-saving BuzzLine in the comments below. If we like your idea best, we’ll save you some money next time you head to Starbucks. Coffee on us.

Related Posts: Is Facebook a matter of life or death? For hospitals, yes. And the Award Goes To: 5 Tips for Creating Winning Entries 3 Steps to an Inspired Brainstorm 5 Reasons for Businesses to Blog in 2013 Are we aware yet? Time to remake the roadmap for health education How to Get Complete Strangers to Reveal Their Deepest Secrets
X