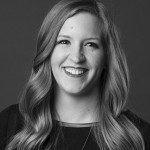 Fall is the season of change and it appears the American Cancer Society (ACS) is embracing it. During this month’s Breast Cancer Awareness Month, when you would typically hear “mammograms, mammograms, mammograms” as much as you hear “sunscreen, sunscreen, sunscreen” during the summer, the ACS released new guidelines recommending less and later screening, sparking uproar from practically every audience.

Here’s the high-level breakdown of what changed in the new guidelines: 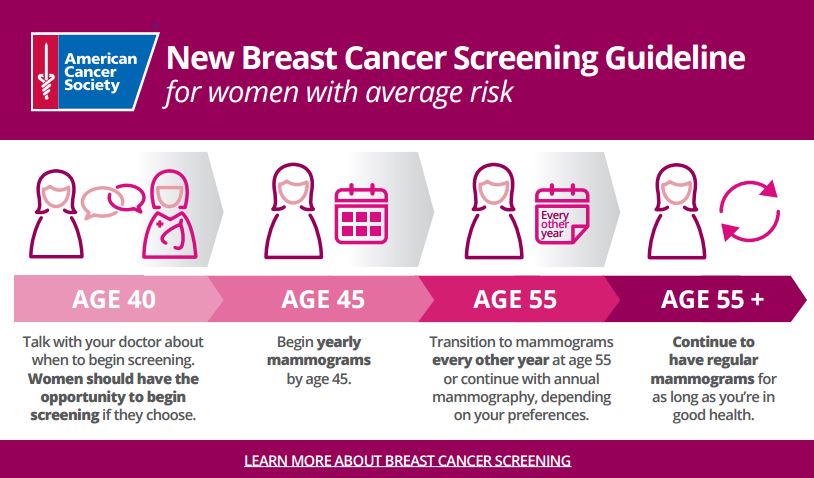 Breast cancer remains the second leading cause of cancer death among women in the United States.  A large number of women diagnosed with breast cancer have no history of breast cancer in their family. Why would the ACS recommend less screening?

The ACS’s new guidelines are based on an evidence-based review conducted by an outside group, the Duke University Evidence Synthesis Group, and assessed by a “voluntary panel of generalist clinicians, biostatisticians, epidemiologists, economists and patient representatives.” The ACS notes that there were no representatives from the health insurance industry on the panel and that all participants were required to disclose potential conflicts of interest.

The evidence showed that there is significantly less risk of cancer for women ages 40-44 and there is higher risk for harm from screenings, including biopsies for false-positive findings and overdiagnosis.

Clinical breast exams and self breast exams are no longer recommended, because there is very little evidence that they contribute to early breast cancer detection.

This is consistent with what many doctors have been emphasizing like broken records over the last several years – we now do more tests than ever with fewer benefits and more harm, which is driving up health care costs for everyone. Despite these facts, after nonstop messages about cancer prevention and early detection, the public has come to expect and rely on more screenings earlier.

The public reaction to these new guidelines was immediate and ferocious with the majority of people expressing disappointment, disgust and anger over the new guidelines.

It’s clear that the ACS expected the news to make waves. At the time of the announcement, they communicated widely and consistently and utilized the credibility of others to boost the credibility of the new guidelines. On day 1, the ACS:

Over the last week, the ACS has used social media to respond to comments and clarify the guidelines, and they have posted a second YouTube video with further explanation. They are sticking to their consistent messages. Public reaction has simmered slightly (as indicated by the change in tone in comments on the ACS’s Facebook posts over the last few days), though there is still a lot of anger.

What do you think of the ACS’s new guidelines? Do you think the ACS announced them well? What would you have done differently, if you had to announce something this controversial and personal to so many people?

Related Posts: The Golden Triangle – and Golden Rules – of Health Care Social Media #MeToo Anniversary: How F&B Leaders are Using Marketing to Spark Change Are we aware yet? Time to remake the roadmap for health education Leveraging Awareness Months: Lessons Learned From a Month of Pink How Understanding Risk and Control Can Improve Your Relationships 4 Ways to Engage Women in the Workplace
X