Brands Gone “Bad” & How They Are Reinventing Themselves 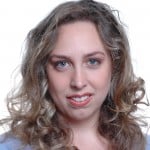 In today’s 24/7 world, thanks in part to our many social channels, it only takes one gaffe to be perceived poorly by consumers and the industry; even quicker before this gaffe (or a series of them) can spread and completely tarnish a brand’s image. Fortunately, smart marketers have understood how important these channels are for their brand’s reputation and also, in general, how important it is to bounce back as quickly as possible and rebuild their brand equity.

Let’s look at a few examples of some brands on the rebound:

After a reported accident in California in early 2009, thereby leading to a recall of the automakers’ floor mats, the bad news kept coming when the Los Angeles Times published the first of several stories regarding drivers’ claims of unintended acceleration in Toyota vehicles. Following this, the company battled back denying the claims and leading to further scrutiny. Finally in the following year, Toyota announced its brake override software fix and on January 21, 2010, Toyota recalled another 2.3 million Toyota-brand vehicles because of a problem with the gas pedal. All of this undoubtedly left a very poor reputation for the brand and a bitter taste for consumers. It’s been several years now and the company has done a variety of things including releasing a series of safety videos via their YouTube channel and launching its #LetsGoPlaces hashtag in order to bounce back.

Now, the company seems to be targeting Millennials with the launch of its new 2014 Toyota Corolla: “Stylish Then, Stylish Now.” The commercial features several decades and young people dancing around the car, ending with today’s generation and lauding, “Elevate your style.” The brand also has teamed up with AZIATIX, a rising Asian-American group on the Cash Money Records label on a new single – “Baby, Let’s Go.” They brand also produced a Toyota Dream Build Challenge with popular headphone brand, Skullcandy.

In May 2012, the well-known tennis brand filed for bankruptcy and has been through the ringer related to its market value including a company restructuring. This example has been less evident to consumers, unlike the Toyota example; however, the brand has struggled with its relationships in the business due to its losses. The brand’s main issue has been working to regain the trust and confidence of U.S. tennis dealers who are critical to the company’s bottom line. To gain grounds with its dealers and drive consumer purchase, the brand is getting ready to launch a new product collection including an extreme string technology (ESP) racquet technology, new racquets and sports bags, tennis shoes and eye gear.

The brand has also been keeping an influential roster of tennis stars onboard including Spanish player David Ferrer and John Isner. Prince is also erecting a new facility at the IMG Academy in Florida this month which they plan to use for developing players and improving product design. They are also on the hunt for new young talent (think the next Serena Williams) to further drive affinity amongst its tennis dealers and the American public.

Who could forget the Twitter “war” launched against Maytag when influential blogger Heather Armstrong of Dooce.com called them on the carpet after her new Maytag washing machine broke down and she couldn’t get through to anyone in customer service to help her?

Since this time, Maytag has maintained a stronger presence on social media from its early days (November 2009) to a consistent posting schedule about their products and engaging consumer questions. Their newest campaign is called “It’s the Little Moments that Make Life Big” focused on the dependability of the appliances to do the chores so families can enjoy their time together. To support the campaign, the brand has launched a series of YouTube videos called “Faces of Dependability,” highlighting Boys and Girls Club of America staff members and the work they are doing in their respective communities.

Carhartt was once known as the most durable and flame resistant clothing maker. Unfortunately, sales began to suffer as workers (and consumers who chose to wear the styles) wanted more fashionable and less bulky options. Knowing that it needed to rethink its image, Carhartt’s R&D team offered new styles that included more slim and tailored fits. The brand has also launched a new marketing campaign – “Work Lighter. Work Smarter. Outwork Them All.” to show its durable, yet fashion-forward capabilities. The company has supported the campaign with a re-tooled “Outerwear Finder” to browse their styles, in addition to a Facebook photo contest for fans to send in pictures of their dogs for the “Carhartt Dogs Outwork Them All” to win a Carhartt custom embroidered dog bed. The company’s YouTube channel features new “Product Talk with Hank the Foreman” videos featuring various design elements of the new styles and how they work hard for you.

So, what do you think? Have these brands regained their equity?

Related Posts: It's All About Equity You are Misperceived By Most People, Unless You Are Attractive, a Woman and Happy How to Survive Your Worst Food-Safety Nightmare 4 “Weak” Digital Marketing Metrics That Should Be Avoided Focus Your Post-Pandemic Evolution with Familiar Strategy Tools 1-Year Pandemic Retrospective: 5 Emerging Health Care Provider Trends
X