Booze Bin: The State of the Wine App (Part 1) 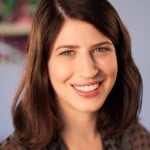 Regardless of the fact that I’m a millennial, there are some aspects of technology with which I am hopelessly out of touch. The most striking example of this is the way in which I approach my iPhone – by the time this post is published I will have only just upgraded to iOS 7 within the last 72 hours (reports of vertigo aside).  Mostly this is due to the fact that I refused to upgrade to iOS 6 and risk losing my beloved Google maps when they rolled out Apple Maps (yes, this should give you some context as to how old my operating system was). Even after they finally fixed the situation with the development of a Google Maps app, I just shrugged and argued that I didn’t want to have to go through the whole multiple-upgrades debacle just to get back to the thing I had on my phone anyway.

Long story short: when it comes to my phone, I will never be one of nor will I ever understand the maniacs who wait in lines on the street outside the Mac Store to get the latest model. I don’t even understand the people who go into the Mac Store for any reason except to visit the Genius Bar with grim hopes of reviving an all-but-confirmed dead laptop (Who are those people?). These also seem like the kinds of people who have dozens of pages filled with apps they’ve used once or never.

Taking this all into consideration, I thought I made the perfect guinnea pig for evaluating the next generation of wine apps. Years ago, when I first got my iPhone I went app crazy.  Pedometer App? Need it! Doodling app?! Gotta have it! Dream analyzer?!?! OMGZ. As you can probably imagine, the usage these apps actually got was somewhere close to zero. Of course, way back when I was just a burgeoning (as opposed to a full-blown) wine geek I was also intrigued by the handful of wine apps available, too.  Sadly, these, too, went largely unused.

However, now that I’ve got my fancy-pantsified iOS 7, I’ve ventured yet again into the App Store and come away with a handful of wine apps that I’m actually kindof excited about! Overall, the integration of wine and social media has been pretty awkward. Wine is a hard thing to translate into sketchy iPhone photos (because wine is obvi best enjoyed by candlelight and, duh, candlelight makes for bad photos) and #hashtag phrases – it can be fun, but it’s also one of those things that isn’t very amusing to anyone who isn’t a total wine nerd. I can tell you that my Instagram photos of various wine labels are definitely the least liked among my followers.

There are also, of course, a multitude of apps dedicated to easy pairing and buying suggestions based on what you’re serving, eating, or a quick survey of your taste preferences. These have, for the most part, in my opinion, been mostly well-intentioned apps that don’t really offer any true value – call me a romantic, but I just don’t love the idea that the complexity of wine can be reduced to an algorithm.

That said, now that I’ve upgraded, I’m going to download a few of these new wine apps and my next blog post will be a round up of the best of the pack. I can tell you that there are a few apps I’m really excited about such as Delectable, which pretty much seems like Instagram for wine nerds (!!!), the Wine-Searcher App,  a whole app dedicated to wine maps (!), as well as a whole bunch of pairing and education focused apps such as DrinFoo and Blush for Wine, and even one called Vivino Wine Scanner that lists the average retail price of any given wine (a sommeliers worst nightmare – just think of the markups!). So, check back in a few weeks and, as always, drink well in the meantime!

Related Posts: The State of the Wine App (Part 2) Hispanic Heritage Month: Fifty-Three Years Later La Cité du Vin – An interactive wine museum like no other How to Make Your Product A Big Deal: Lessons from the Apple Watch Dried Fish Bladders in my Wine?? What Makes Award-Winning Work?
X