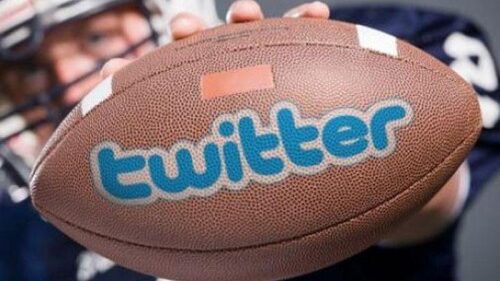 College football – it’s not only a major money-maker for universities, but also tied to their reputations. College stadiums often hold more than 100,000 fans, while most NFL stadiums hold no more than 80,000. That’s a lot of ticket sales. And, according to Freakonomics, winning at football increases donations, applications, academic reputation, in-state enrollment and incoming SAT scores.

A successful football program can make a big difference for a school, and so it’s important for these teams to win. This puts a lot of pressure on a group of very young men – many of whom aren’t even old enough to drink legally. While coaches strategize, train their players and do everything in their power to win, it never can be completely in their control. So, they’ve turned to focusing on something they can control: social media usage. Social media has become a breeding ground for college sports scandals from online hazing  in women’s lacrosse to the infamous issue with Notre Dame Linebacker Manti Te’o’s fake dead girlfriend. To avoid scandals like these that wreak havoc on sports programs, some teams have officially banned social media for their players. Most recently, the Clemson Tigers have banned social media use for the 2015 season, as of August 3.

Not only is this solution wrong, it’s not realistic. We live in a hyper-connected world. Asking players to stop snapping, tweeting and posting to Facebook certainly doesn’t mean that everyone around them will stop too. A classmate posting a YouTube video of a player saying or doing something vulgar will do just as much damage.

Yes, these men are young, but they are adults. It’s time to treat them that way. How about educating them on how to use social media – the do’s and don’ts, what to share, why to be careful – rather than just taking it away? How about giving them the right tools, helping them understand the consequences and then trusting them to make the right decision? Is that so much to ask? After all, that’s exactly why we go to college in the first place.

Related Posts: Will Football Streaming Outpace Radio? A Sports Marketer’s Prediction Handling a Crisis: Head Trauma and the NFL To be or not to be (covered)? Why ACA Enrollment Skyrockets Despite Marketing Rollback It IS What You Say, AND How You Say It: Four Tips for Providers Communicating With Male Patients Marijuana: The Next Big Headline Facing the NFL? Six tips to engage employees during open enrollment
X