A New “View” of Media Interviews 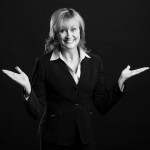 Kris Patrow
What’s your gut reaction to being asked to do media interviews? Annoyed? Anxious? Defensive?

I ask this at the beginning of every media training session, not only to dispel some of the myths about the media (I was a reporter for nearly 20 years – and no, we’re usually NOT out to get you), but also to determine how my clients view media interviews.

Many see them as a necessary evil, and arm themselves with an arsenal of key messages to “return fire” in response to every question.

There’s no question that as a representative of your organization, you have to protect your brand; and as a media trainer, I’m a big proponent of key messages. But in my experience, unless your organization is experiencing a crisis, having a negative or defensive view of media interviews actually works against  you.  Here’s why.

First, this negative mindset negatively affects how journalists and, by extension, their audiences (potential customers, advocates, influencers) perceive you. It permeates your interview through tone of voice, body language, eye contact and facial expression; and no amount of media training or beautifully crafted key messages can hide it.

Second, being defensive means you’re not “playing to win”; you’re playing NOT to lose, so you’ve already surrendered some measure of control to the reporter. You’re waiting to get the right question to respond with your great key message, rather than proactively creating the opportunity to tell your story. The result? The reporter’s interpretation of your answers – the story as they understand it – rather than the story you wanted them to tell.

There is a way to protect your brand – and get your story told – without treating the interview like a threat. I’ve seen it work for everyone from the C-suite to less seasoned spokespersons. It starts with simply changing your view of the media interview.

View it as a business transaction.

Think about it. You and the reporter each have something the other wants. Your commodity is insight and expertise. The reporter’s commodity is access to audiences you care about. The interview is the negotiation, the objective of which is to achieve a “win-win,” in which both of you get something you want.

Why this Mindset Works

While the stakes here certainly aren’t as high as those Michael Corleone was referring to in this clip from “The Godfather,” viewing media interviews as business transactions makes them less personal, and more about achieving objectives and producing outcomes. Suddenly you’re in familiar territory: an environment in which you know how to operate, negotiate and succeed.

In a business transaction, you have something someone else wants. In media interviews, reporters want your information. It’s your prerogative to provide it in ways that benefit your organization. It’s a slight nuance, but with this view you’ve shifted your position from being on the defensive – playing NOT to lose – to playing to win. You’re empowered to take ownership of the interview, be proactive and deliver information in ways that are more likely to lead to the outcome you desire.

“The Power of Positive Thinking”

One of the best illustrations of this is the 2009 Today Show interview of former Ford CEO & President, Alan Mulally. The auto industry was struggling. GM and Chrysler had taken government bailouts and filed for bankruptcy. While Ford managed to avoid the same fate, Matt Lauer’s questions were geared toward leading Mulally down a negative path. But Mulally’s positive, business-minded approach changed the entire tone – and ultimately the outcome – of the interview. Headlines in the next day’s USA Today read: “Ford CEO Mulally trumps Matt Lauer in ‘Today’ show appearance.”

As demonstrated by Mr. Mulally, successful interviews are the result of the right mindset (a critical first step), plus the right “matter:” defined objectives, thorough research and strong messaging. Employ this approach, and you increase the chances of producing the outcome (story) you desire.

Related Posts: Pitching and the Newsroom: An Inside Perspective 5 Reasons Why Everyone On Your Communications Team Should Participate In Media Training Manage the Media 5 Simple Rules to Handle the Ambush Media Interview How to Survive Your Worst Food-Safety Nightmare 5 Steps to Nail Every Media Interview (Step 2: Develop Key Messages)
X