5 Areas Impacting the Future of Food

In the Hartman Group’s Culture of Food 2015, one notable finding was how perception of “fresh” has evolved from “less processed” to transparency. Transparency is the new buzzword, and a natural evolution to our growing interest and understanding of our food systems. It used to be that everyone knew where their food came from…the grocery store. The move to Super Centers has reverted back to the specialist where the new celebrities are farmers, butchers and other artisans. Is it a minor disruption or the start to a shift in our relationship with food and the systems and policies that influence what is on our plate? And while some large companies and lobbying groups are fighting legislation that requires transparency, how can continued consumer interest drive opportunities for challenger brands to gain market share and loyalty.

Transparent Sources: The frenzy for organic is giving way to the interest in knowing the farmer whose hands produced the food. Farmers markets and cooperatives have moved from fringe to mainstream. While new concepts like The Farmery have been slow to develop, others like Bright Farms have been gaining traction connecting the source to the point of purchase. Beyond produce, experiential events like Cochon 555 have been connecting small family pig farmers with chefs and consumers passionate about heritage breeds, responsible farming and nose to tail cooking in an effort to bypass traditional supply chains. Expect more efforts by producers and demands by consumers to pull back the veil of the supply chain.

though with fewer changes than originally proposed. Will sodium recommendations be lowered? Will their positioning on fats in the diet become more nuanced, or go away? How will it impact government action? New York City just implemented requirements for chain restaurants to alert customers if the sodium level is above the recommended daily value (3200 mg), and menu labeling laws nationally will eventually go into effect. Expect more clear communication on packages and menus in an effort to inform consumers without confusing them.

Labeling GMOs: Three states have already passed laws requiring GMO labeling of food, and 89% of voters are in favor of mandatory labeling, however, it may be overridden by congressional action, possibly today. Then there are newly approved GMO foods that don’t always come in a package such as salmon, apples and potatoes. Whole Foods is leading the way for retailers to take this on and demand it of suppliers, but it will take government action for it to become the norm. Education is needed for long-term consumer acceptance of GMO’s, and deceptive PR spin sites aren’t going to help. 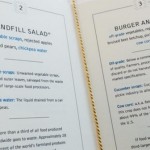 Food Waste: It is estimated that as much as 40% of food is wasted in the U.S. The topic took center stage this year, and global recognition, when Dan Barber served a meal of scraps to world leaders at the U.N. Massimo Bottura made it a focus of his participation at Expo Milano. Tech start-ups will also play a role in this effort to reduce waste, save resources and feed a growing planet.

Fast Fine Dining: Danny and Bobby are doing burgers, David Chang is channeling Chick-fil-A, Jose Andres is going veggie with Beefsteak, and chefs from the fifth best restaurant in the world are going to counter service. Dubbed as Fast Casual 2.0, there is a fine dining approach to this trendy segment which will update the quality of food and ingredients beyond longtime fast casual posterchild, Chipotle.

Public policy has always looked at food from a security perspective first, with health and sustainability given occasional consideration. There is too much money involved and systems in place to expect wholesale changes in 2016, but have we reached a tipping point where consumer interest and preference trumps what has been force fed to us for decades? Time will tell.