10 Ways Whole Foods is Raising the Bar in #CSR 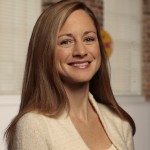 My love affair with Whole Foods started in college, when I would drive 20 minutes to their nearest store just so I could get my pick of the juiciest grapefruits, creamiest avocados and crunchiest granola in town. Since then, my fondness for the brand has only grown, and while this has a lot to do with the quality of its product (always fresh, flavorful and abundant), and its in-store experience (never fails to delight), there’s an important third factor at play.

Whole Foods’ commitment to social responsibility inspires its business strategy in a way that keeps the brand in lock-step with customer expectations and places it in a league above its competitors. It’s not the student content to slide by with a B+ in corporate responsibility – it’s the charismatic over-achiever who raises the bar for the rest of us, and makes us aspire to great things.

Here are 10 cool ways Whole Foods is raising the bar in CSR:

– Growing Greens – A few years ago, my colleagues helped RVA’s Whole Foods open a community garden to act as a learning lab and stock greens for the store’s salad bar. I was impressed. Even more impressive? The retailer announced this spring it’s partnering with NY-based Gotham Greens to build the first-ever commercial-scale grocery rooftop greenhouse for its Brooklyn store. In the 20,000-square-foot greenhouse (pictured below), they’ll grow pesticide-free greens to be sold in the Brooklyn location, as well as other Whole Foods stores in the area.

– Taking a Stand on GMOs – In March, Whole Foods became the first U.S. retailer to require the labeling of al

l genetically modified foods sold in its stores by 2018. Rather than getting embroiled in the debate raging over government’s role in regulating food labeling, the brand put a stake in the ground that many expect will have a ripple effect throughout the industry.

– UpCycling – Whole Foods encourages its team members to have fun and get creative with upcycling – converting old or discarded materials into nifty, useful things. In addition to urging innovation and reducing waste, this process can rally communities by tapping local pride. Shoppers in Charlottesville, for example, are thrilled to find retired floorboards from UVA’s basketball gym lining the snack aisle, and old bleachers acting as picnic tabletops.

– Exploring Energy Savings – About 18 months ago, Whole Foods announced several of its California stores were undergoing high-efficiency, refrigeration retrofits to quantify how much energy each store could save. Working with California’s EnergySmart Jobs program and energy conservation nonprofit PECI, the retailer installed energy management systems and data loggers to offer a before-and-after picture of how much energy the refrigeration systems used.

– Investing in Suppliers – You can’t walk through a Whole Foods without realizing the company believes in supporting local food producers. But what you might not realize is that it also puts its money where its mouth is, offering low-interest loans to small food producers looking to expand. To date, the company’s local producer loan program has provided $8 million + loans to groups like Maine’s Own Organic Milk, Sticky Toffee Pudding and Willie Green’s Organic Farm.

– Encouraging Diversity – For generations, African-American farmers in the Alabama Black Belt have faced a challenging political, economic and physical climate that’s made it hard to compete. But, thanks in part to support from Whole Foods and other retailers,

many of their marketing barriers are slowly breaking down. In a pilot program to demonstrate the potential of the Black Belt farming community, Whole Foods has begun to purchase and market watermelons, peas and other crops from small farmers like Demetrius Hooks (pictured right), showing support for diversity in agriculture as well as in their own supply chains.

– Urging Transparency – As evidenced by its stance on GMOs, Whole Foods vows transparency to customers, and demands it from suppliers. It also offers a high level of financial transparency to its employees, all of whom can access detailed reporting on employee salaries for the previous year. According to co-CEO John Mackey “This kind of salary transparency quells the gossip mill and exaggerations over who is making what, and leads to ‘greater justice’ in compensation.”

– Caring for Employees – It’s no coincidence that Whole Foods has been named among the top 100 places to work by Fortune magazine for the last 16 years. The company offers its employees some of the best health care benefits in the U.S. and up to 30 percent off store purchases if they meet certain health criteria. It also holds regular employee appreciation days with celebrations and store discounts, and lets workers apply for six weeks unpaid sabbatical for every 6,000 hours logged.

– Supporting Local Communities – Individual Whole Foods stores can tailor their approach to community giving in order to reflect the local flavor. Several times a year, all locations hold “five percent days,” where five percent of store sales go to a local nonprofit or educational organization. Many also run “Nickels for Nonprofits” programs, where, for every paper bag you save by bringing your own into the store, Whole Foods gives you a nickel to either keep or donate to a local charity.

– Giving Back to the Global Community – Last but not least, Whole Foods works to alleviate hunger and povert

y around the globe by offering microloans to entrepreneurs in the communities of its suppliers. The Whole Planet Foundation, a partnership between Whole Foods Market and Nobel Prize winners Muhammad Yunus and Grameen Bank, provides grants to microfinance institutions in Latin America, Africa and Asia, which provide loans, training and other financial services to the self-employed poor.

Just like the relationships we have with friends and family, the ones we have with brands are built on trust. While Whole Foods is not without its shortcomings, and will surely do something that ticks people off one day, it’s setting itself up for success in the long haul. By building a foundation of goodwill based on genuine support for its employees, communities and society at large, Whole Foods has cultivated a brand that’s easy to love … and one that will be tough to stay mad at for long.