Launching quartz to a culinary prosumer.

In 2014, Wilsonart, the world’s leading manufacturer of decorative engineered surfaces, decided to enter the red hot quartz category. Quartz had eclipsed marble and granite as the luxury countertop surface-of-choice by affluent consumers. While the opportunity was enormous, there were significant challenges; chief among them was Wilsonart’s strong association with laminate, Wilsonart laid out an ambitious plan for launch at the 2015 Kitchen & Bath Industry Show. Padilla had three months to launch a comprehensive consumer engagement and media relations program. We had almost  no samples, limited distribution at launch and no collateral.

An audit of Wilsonart’s quartz competitors revealed they had strong relationships and marketing programs with celebrities and the design community. We knew we needed to look elsewhere to create a distinctive platform Wilsonart could own. One cohort, affluent “Culinary Prosumers,” had not been tapped. Data confirmed that these product and brand advocates live in their kitchen and are highly receptive to quartz messages.

Identify a number of high-visibility consumer events that appealed to culinary prosumers, dealers and the media. Our limited samples could travel to events nationwide so we could showcase the new Wilsonart quartz to thousands. Additionally, Wilsonart’s sales team could personally introduce quarts to key K&B dealers who attended the event. 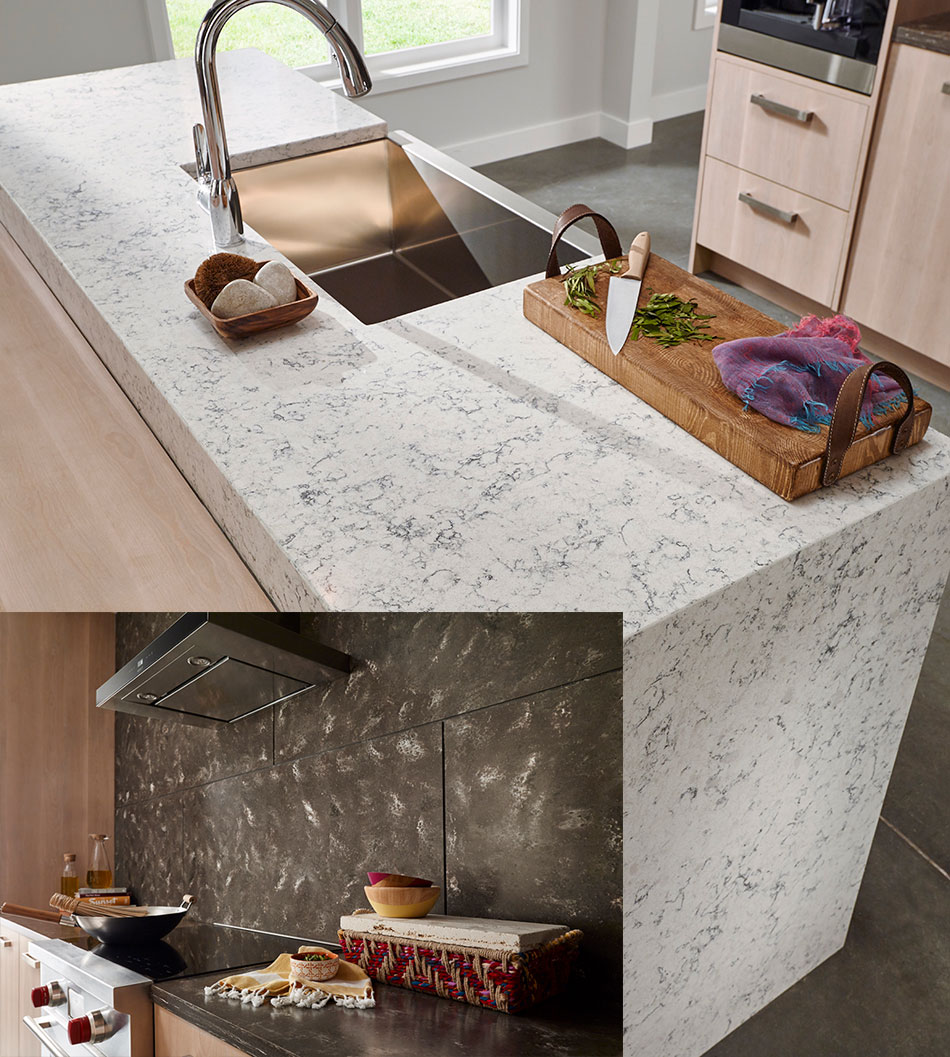 We partnered with Cochon 555, a one-of-a-kind culinary competition and tasting event that tours the country and appeals to both affluent consumers and culinary professionals. Each of the 20 events attracts 250 consumers and approximately 300 influentials, including media, restaurant partners, notable influencers and promoters. We showcased quartz creating a “Petit Format Tasting Bar” outfitted with our quartz; partnered with Williams-Sonoma on a nationwide sweepstakes and used events to introduce Wilsonart’s sales force to local kitchen and bath shop owners. We were center stage the LA All-Star Chefs Classic, a four-day culinary experiences attracting 10,000 consumers and media

The Wilsonart Quartz introduction was hugely successful. We measured our success by increased brand awareness, credibility and product exposure through integration into 20 culinary event with more than 250,000 total attendees and three times as many email recipients. We expanded brand visibility through first-time distribution in 2,500 new kitchen and bath dealers across the country which helped to achieve Wilsonart’s sales goals for year one. We reached 29,127 consumers via the Williams-Sonoma sweepstakes. Finally, we amplified media attention for the material through 2,692 media placements and 257,288,850 media impressions in top broadcast, print and online outlets.